Discover messages written in the stars, and cards…

Grab Your FREE Book and Unlock the 12 Secret Laws of the Universe in Minutes. ($17 Value) Learn why The Secret and the Law of Attraction don’t work unless you use the 12 Secret Laws included in this free ebook… so you can finally manifest the life you want!
Discover why you’re only using 5% of your brain… and how to tap into the other 95% quickly and easily to improve your mind, body, and life.
See why the 7-Second Rule proves that your subconscious brain is in control of everything that happens to you in life… and how to change your subconscious on-command to create the happiness, abundance, and lifestyle you want.
Plus, you can finally unlock your full potential by triggering the right brainwaves, using a safe “brain hack” you can perform at home.
Yes! I Want the Ebook!

The Ephiphany Moment You’ve Been Waiting for...

No energy is more attractive than the vibration of gratitude and appreciation…
You’re here to change the world -- you just don’t know it yet.
You’re here to leave a profound legacy, live abundantly, and fulfill a much larger purpose.
Astrology and Tarot can help you unlock the answers you seek with divine guidance from the Universe.
With the help of Grandmaster reader Fortune Alexander, we'll help you embrace faith over fear -- so that you can cosmically level up! The universe is eagerly trying to send you from your own individual “network” of spirit guides, angels, and ancestors.

Your Astro-Tarot Reading Can Help You Discover...
• Your Astro-Personality Roadmap reveals to you who you really are at your core from your natural gifts, your innate challenges, and ways to improve these areas of your life.

• Your Astro-Health Roadmap uncovers your largest obstacles in improving your wellbeing, giving you an opportunity to boost your health, truly embodying your highest self.

• Your Astro-Connection Roadmap helps you understand the types of souls you naturally connect with and build authentic, intimate relationships with people around you.

• Your Tarot Birth Card Story is what your “network” has always wished to share with you -- the spiritual story of where you are currently in your life and where you’re going to be!

• Your Sacred Number that’s also in conjunction with your Tarot Birth Card Story will inspire you to pursue the mission you incarnated to fulfill.

And much, much more!

Fortune Alexander spent a lot of his earlier years in pain and suffering.

After he dropped out of high school, he left the United States to spend time with his ancestors in Asia near the Himalayas.

When he finally returned to the states in 1988, Fortune finished his education and even received his Bachelors degree in Astronomy.

It wasn’t long before he began doing astrological readings for his friends and family, and they said it was unlike anything they’d ever experienced on websites or newspapers.

But he did not stop there, he wanted more … more knowledge, more accuracy…

So he learned all he could about the magic of Tarot cards.

And that's when he combined astrology and tarot that his readings became so special and incredibly accurate. Take The Free Astro-Tarot Quiz and Receive a Reading

Here's What Others Discovered Through Their Astro-Tarot Readings...

“...I never knew that celebrities used this sacred knowledge, too!” We look to the stars here on Earth for hope that we can manifest our dreams just like they did. Now I KNOW that I can do the same -- if not more! If celebrities can do it, I can do it, to!
Jackson L.

“I feel like I can call on my guides whenever I need them for clear answers!” I swear I feel like when i’m pulling out my tarot cards now, it’s as if I’m picking up my cell phone and directly connecting to my spirit guides. Every time I have a question, the answers come through so crystal clear. I know exactly who, what, when, and where my guides are directing me to on my journey.”
Eden P.

“...I never felt so close to my spirit guides before…” 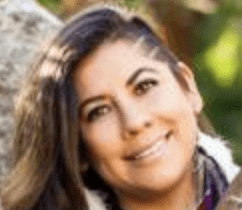 This quiz unlocked another level of love and connection that I’ve never felt before! I always knew I was never alone, but now I feel my spirit guides with me and see their signs clearly. This was the clarity that I needed to confidently keep manifesting my dream life.
Marta E.

How Can I Test AlexanDer's Reading Skills?

In the past, I would only spend my energy crafting with people I could work with directly 1-on-1 in a face to face setting. But I soon realized, I was just as accurate whether I was sitting directly with a person or not. And that’s because the messages were written in the stars, and cards… so I started providing a service of readings online where I can now give laser-precise readings to people all over the world!

What kind of messages can I received through Astro-tarot?

Alexander is able to channel the exact messages the universe is eagerly trying to send you from your own individual “network” of spirit guides, angels, and ancestors that wish to see you live the abundant, successful, fulfilling life that you deserve…

Can I book Alexander for a personalized reading?

Absolutely, but it depends on availability. Send us an email and we'll let you know how to receive a personalized reading.

The readings that you see in our blogs are sent to our members daily. Send us an email and we'll let you know how to receive our daily numerology, tarot, and angel readings.